From drab to Turquoise Painted Dresser

I was in one of my favorite little junk/treasure stores and found this little darling….it was tucked WAY at the very back of the store….covered in “things”.  I think it had been there for a long time…I just never noticed it before….but the set up seemed really familiar to me.  She just called out to be painted in a soft turquoise paint

I’m not sure what drew me the most….the curvy arms around the mirror….or the castors….I LOVE them both! 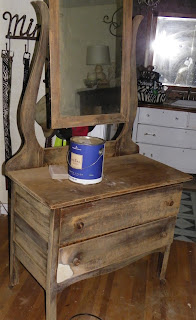 I got it for a song because it had the nick in the bottom drawer.  This pretty much dictated it to be painted…..that was just gonna be a no-brainer.  I ordinarily like the authenticity of the chips and nicks…but this one was pretty severe….so it had to be patched…..by the way….water putty…need I say more? 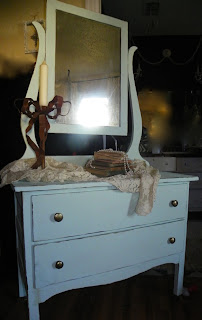 I had some oops paint that was just dying to get out of the can….so that was the color!

I really LOVE this color….not near as much as RED….but…..It will probably show up again!

I was originally planning to change the knobs…but after painting them chocolate and highlighting them with the bronze glaze….I decided they fit nice! 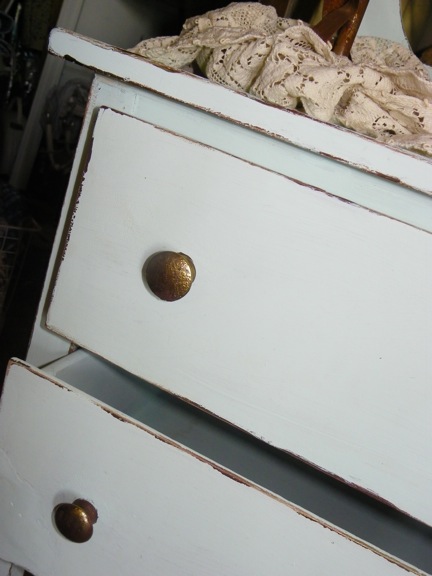