Here’s a cute little bench that had GREAT bones…but the vinyl HAD to go!!!!  My grandkids…and critters have enjoyed this little kids sized couch more than I can tell you.  There is nothing like having your very own leopard print slipcover couch!

I could have opted to recover it….but I knew that the grandkids would be climbing all over it….so I took the easy route…..and decided a slipcover would be easier to wash if something got spilled or smeared onto it, and I have had to use this option several times!

By pinning the fabric inside out to the couch….then sewing the seams….it took all of an hour to transform this little diamond in the rough!  The fabric and trim were scraps I had from other projects….so this baby was CHEAP CHEAP CHEAP!!!! Especially since the little thing was given to me. 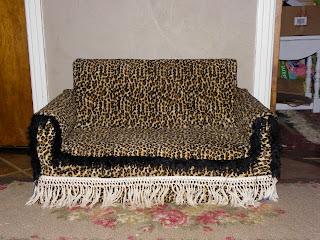 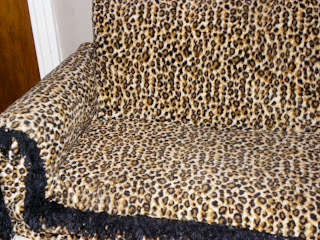 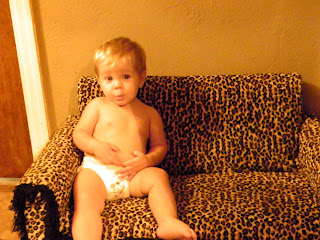 Baby likes it too!!!! Look at that face! How could you NOT think he’s enjoying this leopard print darling as much as I do! 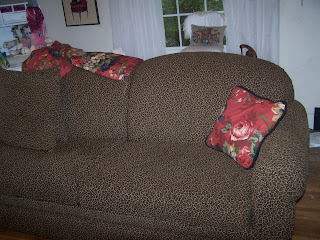 would you ever BUY a leopard print couch? Do you….like me…think it reads as a solid?